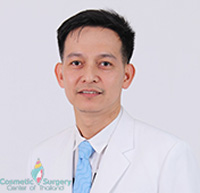 Specialties and Areas of Interests:

To learn more or to request a personalized virtual consultation, please contact us today.