By exposing blood to high concentration ozone gas and re-injecting this treated blood back into the body, many wonderful things can happen. Research has shown that this process can lead to the blood releasing a variety of enzymatic factors that are essentially medicine for the body. Effects include increase in immune system function, increased oxygenation of organ tissue, and release of detoxification factors from the red blood cells, as well as many more. 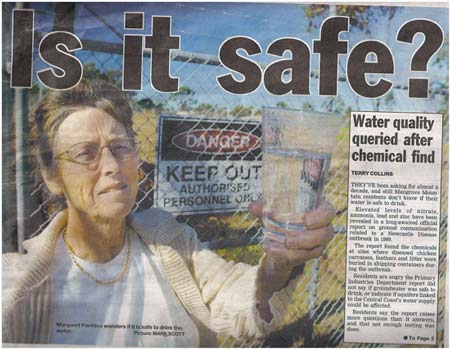 Chelation Therapy is a process involving a series of intravenous injections of an amino acid complex called EDTA (ethylenediamine tetraacetic acid) to remove heavy metals from the body. EDTA binds with mercury, copper, lead, and other metals and removes them from the blood. Chelation therapy can be used for heavy metal poisoning and for treating heart conditions such as atherosclerosis, or hardening of the arteries.

Chemicals and metals are everywhere. If detoxification pathways in the body are not functioning, chemicals and metals can accumulate in the body and can be the causes of cancers, cardiovascular disease, autoimmunity as well as many other chronic disease. Common heavy metals include lead, antimony, arsenic, cadmium, mercury, nickel and uranium. Our physicians use advanced testing to determine the most prevalent toxins and use various natural methods to bind these toxins so they can be eliminated safely from the body.

High doses of Vitamin C are infused into the blood stream. Medical research has demonstrated that this can lead to immune system enhancement, improvement in organ function, healing and even act as a detoxification agent. Our physicians use high-dose Vitamin C routinely as part of a patient’s individualized treatment program.

Proteomics  and Proteomic Therapy in Thailand

Proteomics is the study of the structure and functions of the body’s proteins. Proteins are responsible for much of the chemical activity at a cellular level and so by studying how protein structure and function change when diseases such as cancer are present, researchers are hoping to identify which specific proteins play a role in the disease. The proteins that are ultimately found to be associated with a type of disease are called biomarkers and it is these particular proteins that drug therapies will then target. The human genome unfortunately consists of around 35000 genes and each of these genes can code for up to ten times as many proteins. Thus, only a very small percentage of the body’s proteins have so far been identified which means the field of Proteomics still has a long way to go before it can be used on a daily basis. Early results do show great promise in being able to accurately diagnose and treat HIV, AIDS,Cancer and many other terminal illnesses.